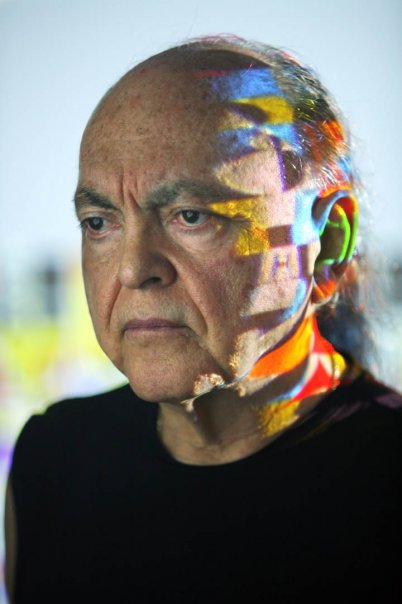 Reality Itself is Truth Itself is the Beautiful Itself.

Adi Da Samraj created art for over forty years with a single intention: the visual communication of truth, and the means to draw the viewer beyond separateness into the paradox of “indivisible unity”.

He began His first serious photographic work in the early 1960s, producing a diverse body of drawings, paintings, and sculptural forms over the following thirty years. 1998 marked the beginning of an intensive six-year period of photographic and videographic work, moving from black and white to highly saturated color, and featuring multiple exposures composed in-camera. His primary bodies of work from this period use the figurative form and other archetypes to address the deepest issues of human existence.

During the years 2006 – 2008, He moved to digital technology, combining digital, photographic, and hand-drawn elements into images that are boldly colored, powerfully structured, and monumental in scale. In November 2007, Adi Da Samraj reached what He described as the “final resolution” of his entire artistic process. This turning point enabled Him to create non-representational art by using a unique method he named “Orphic Font”, or abstractions constructed from “collages of pictographs”. Adi Da felt this work to be the culmination of His artistic work, the fully realized expression of what He called “transcendental realism”. Full-scale fabrications of Adi Da’s images have included many forms of media, from monumentally-scaled paints on aluminum, to large-scale pigmented inks on canvas, photographic and videographic works, sculptural light boxes, plasma screen installations, and projected performance events.

The work of Adi Da Samraj has been exhibited in Europe and the United States. He was featured as an official solo collateral artist at the 2007 Venice Biennale. Adi Da was also the first contemporary artist to be given a solo exhibition by the city of Florence, exhibited in the Cenacolo di Ognissanti. In response to the art of Adi Da, art critic Donald Kuspit has written, “It is a rare artist that can convey, convincingly, being face to face with the source of Being”.

For the art of Adi Da Samraj, including upcoming exhibitions and available fabrications, visit: